If you plan to visit Turkey via Cruise Ship, we strongly recommend you to book one of our “Private” shore excursions. The tour rates below are based on private services yet, the prices are more competitive comparing with the tour prices you are offered on the ship. Additionally, you will avoid the crowds and enjoy our flexible itinerary with a private professional tour guide. Your tour guide will meet you at Istanbul or Kusadasi port, at the time you request, with a sign your name on it

Departure from the pier to old city.

First visit at Hagia Sophia; the church of “Divine Wisdom”. Justinian built this masterpiece of Byzantine architecture in 6th century as a church. It is converted into a mosque by the Ottomans. Today it serves as a museum with the unique examples of two religions together.
Continue to Hippodrome Square; constructed for the Roman chariot races, it was the centre for civil events and witnessed man victories and riots. Beautified with the Egyptian Obelisk, the Serpentine and Constantine columns. Proceed to Blue Mosque; a name given by the visitors fascinated by interior decoration of the mosque. Istanbul’s best-known mosque complex from 1616.

Continue to Topkapi Palace; served for more than four centuries as the imperial residence of the Ottoman household, including 24 Sultans in total. Abandoned as the imperial residence in 1853, in 1924 it was converted into a museum. It now houses an extraordinary collection of imperial treasures, including priceless porcelain, jewels, armoury, costumes, miniatures, calligraphy, and other precious objects and works of art.

Final visit at the world famous Covered Bazaar (Kapalicarsi) is, owing to its architecture, history, location, and sheer variety of merchandise, one of Istanbul's most significant tourist sites. The Bazaar has eight different entrances, each of them facing one of the city's most important historic monuments. These include Nuruosmaniye Mosque, Cemberlitas, the Beyazit Complex, Istanbul University and the Second Hand Book Bazaar. Built at the command of Sultan Mehmed the, Conqueror in 1461, the Bazaar initially consisted of just two warehouses (bedesten). In time, merchants began to set up their own stalls and workshops in the surrounding area. 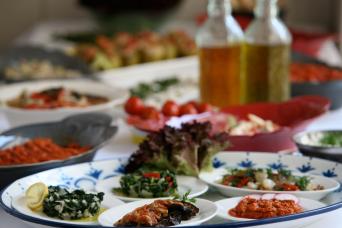 A journey to Turkish cusine. The Cuisine of Turkey is as rich and varied... 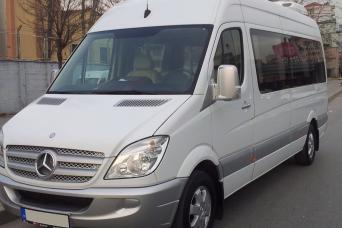