This coach tour visits the highlights of Turkey. Comprehensive touring of Istanbul's best known sites like Hagia Sophia, Topkapi Palace, Blue Mosque, Hippodrome & Grand Bazaar. Visit Cappadocia where nature and history indissociably come together. Proceed to Konya the city of Rumi and whirling dervishes. Visit Hierapolis explore one of the most fascinating necropolises of the ancient world.Also swim in brilliant white limestone terraces of the famous travertine. Enjoy visiting the most famous archaeological site in Turkey; walk with your guide through the ancient streets of Ephesus

Day 01 Thursday Istanbul
Welcome to Turkey! Upon arrival at Istanbul’s Ataturk International Airport you will be met and privately transferred to your hotel. Although it is not the capital, Istanbul is the largest city in Turkey and the leading industrial, commercial and cultural center. It spreads on both sides of the beautiful Bosphorus, which was naturally formed many centuries ago as the sea water occupied the deep and narrow valley. The Bosphorus connects the Marmara Sea and the Black Sea, and is known as the place where Europe and Asia meet. Istanbul has been the capital for three empires. Originally called Byzantium, the city was renamed Constantinople in A.D. 330 by Emperor Constantine, who chose it as the site of the capital of the Byzantine Empire. Today, Istanbul is a multifaceted city of ethereal minarets, monumental mosque domes and a wealth of historic sites as well as all the signs of modern life from high-rise buildings to cell phones.

Dinner at leisure. Overnight in Istanbul.

Blue Mosque; a name given by the visitors fascinated interior decoration of the mosque. Istanbul’s one of the best-known mosque complex from 1609.
Hippodrome; constructed for the Roman chariot races. It was the centre for civil events witnessed man victories and riots. Beautified by the Egyptian Obelisk, the Serpentine and Constantine columns.
Hagia Sophia; the church of “Divine Wisdom”. Justinian built this masterpiece of Byzantine architecture in 6th century as church and being converted in to a mosque by the Ottomans. Today it serves as a museum with the unique examples of two religions together.

In the afternoon visit of Topkapi Palace served for more than four centuries as the imperial residence of the Ottoman household, including 24 Sultans in total. Abandoned as the imperial residence in 1853 by Sultan Abdülmecid I for the Dolmabahçe Palace, in 1924 it was converted into a museum. It now houses an extraordinary collection of imperial treasures, including priceless porcelain, jewels, armoury, costumes, weaponry, miniatures, calligraphy, and other precious objects and works of art.
The world famous Covered Bazaar (Kapalıçarsı) is, owing to its architecture, history, location, and sheer variety of merchandise, one of İstanbul's most significant tourist sites. The Bazaar has eight different entrances, each of them facing one of the city's most important historic monuments.
Dinner at leisure. Overnight in Istanbul.

Day 03 Saturday Istanbul - Ankara
Breakfast at hotel and around mid-day pick up from your hotel and drive for 5 Hours (445KM) to reach Ankara. You will be dropped off at your hotel in Ankara. Overnight in Ankara

Day 04 Sunday Ankara - Cappadocia
After breakfast pick up by your guide from the hotel and proceed to Anatolian Civilizations Museum, which exhibits the remains of Catalhoyuk, the Neolithic village dating back to 6500 BC. Then visit the Mausoleum of Ataturk, the founder of modern Turkey. In the afternoon drive to Cappadocia, dinner & overnight

Day 05 Monday Cappadocia
Breakfast at the hotel, morning visit to the underground city of Kaymakli Underground City which is the place early Christians hid from persecutors & Citadel of Uçhisar. In the afternoon continue with the valley of Göreme and Goreme Open Air Museum to see the early Christian churches decorated with unique frescoes depicting various scenes from the Bible. The last sites will be Paşabağ valley and Avanos with shopping facilities for the world-wide famous handicrafts. Return to hotel for dinner & overnight

Day 06 Tuesday Cappadocia - Konya - Pamukkale
Early departure for Konya. On the way you will visit the 13 th century Seljuk caravanserai "Sultanhan". The next stop will be Konya which is famous with Mevlana Museum and the Theological School of Whirling Dervishes. Drive to Pamukkale. Dinner and overnight in Pamukkale.

Day 07 Wednesday Pamukkale - Kusadasi
Breakfast and visit the ancient city of Hierapolis. Visit the ruins of the biggest Necropolis Graveyard of the ancient world, Roman Baths, Basilica and calcium cliffs. Drive to Kusadasi, visit the House of Virgin Mary. In the afternoon drive to Ephesus, the Romen Capital of Asia Minor. Visit the ruins of Odeon, Hercules Gate, the temple of Hadrian, the magnificient library, Agora and fantastic greco-roman theatre. Check in to the hotel. Dinner and overnight.

Day 08 Thursday Izmir - Pergamum - Canakkale
Early departure for Pergamum. Visit of Asclepion and continue for Troy. The legendary town in the Iliad of Homer. Drive to Çanakkale, dinner and overnight
Overnight in Canakkale.

Day 09 Friday Canakkale - Istanbul
After breakfast cross Dardanelles by ferry, drive to the Gallipoli Peninsula, site of the infamous World War I campaign which took place between 1915 and 1916. Time at Anzac Cove is certain to inspire emotion as you visit some of the impressively maintained Commonwealth military cemeteries including Lone Pine. Continue to Istanbul.
Dinner at leisure. Overnight in Istanbul.

Day 10 Sunday Istanbul – END
Breakfast at the hotel. Transfer to Istanbul airport for your flight back home 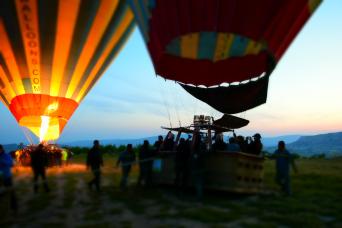 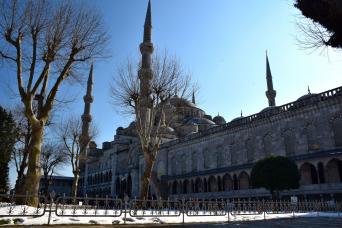 Relaxed way of touring Istanbul, the capital city of 3 empires, with your... 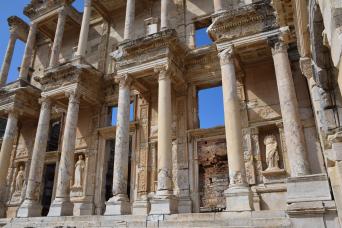 Ephesus tour is not only visiting the best preserved archeological site in...